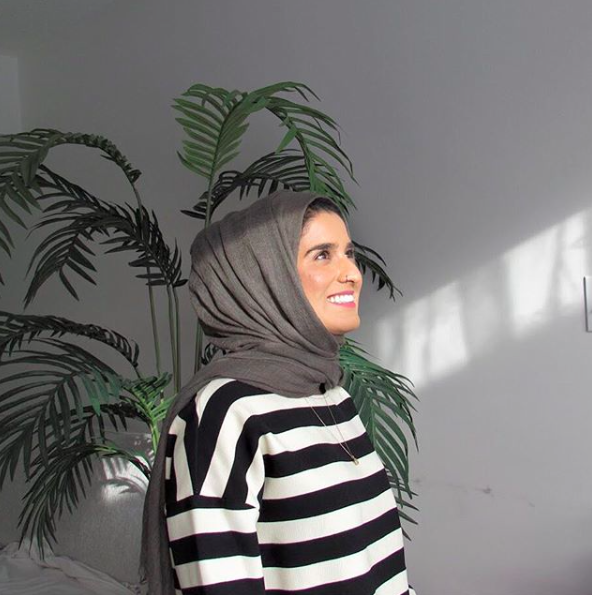 Ambreen Yousaf is a counsellor therapist in training, and her Instagram is the.muslim.therapist giver her a follow if you have any questions or want to book counselling sessions!

Why did you choose therapy? Why counseling?

One, I’ve noticed there is a lack of therapists in our community, and mental health is becoming something very important in general. People are beginning to be aware that there are legitimate mental health issues that we go through, whether that’s depression, anxiety, BPD (Bipolar disorder), or postpartum depression. There are not a lot Muslim therapists that can cater to the Muslim population. My personality is also very much helping and healing others, so it made sense to take this route.

You said that there is a lack of therapists in the Muslim community; do you think that’s attributed to the fact that it’s so taboo? Do you think that it’s changing? Do you think that the older generation struggles with the idea of a family member potentially going through some mental battle and not addressing it the right way and suggesting right away a religious remedy?

I guess there are a lot of misconceptions, misunderstanding, and just ignorance about what mental issues are. Normally they assume that you’re some psycho that needs to be chained down, but that’s not what it is. The older generation definitely doesn’t value the importance of addressing mental health issues. Mental health issues are not only depression, you can be dealing with addictions, pornography, it’s not so much medication, sometimes it’s just developing coping mechanisms and skills to manage your issues.

There’s a lot of women in this field, it’s not the typical doctor or engineer that people go for in terms of career.

Is there a difference between postpartum depression and the baby blues?

Yes there is, every women goes through baby blues, it’s something that naturally occurs when you give birth.  The difference is that you will experience baby blues for a shorter period, and it comes with sleepless nights (which are already a part of motherhood), feeling stressed, and feeling fatigue, stuff like that. But it doesn’t last long, it lasts maybe a month and anything after that is considered postpartum depression. Postpartum depression can last up to a year, and if someone is giving childbirth again right after, it just continues afterwards.

There are a lot of things that make it intense, like if you’re having marital problems, or if you’re dealing with a loss in the family. If you’re prone to depression, if it’s something that runs through your family and something you inherited, there are a lot of factors that contribute to developing it. Anything after a month is definitely something you want to seek help for.

What are the signs to look for when we know that we need to seek help?

There are several, and every woman goes through different symptoms but the first thing that you lose when you give birth is your sleep. So, once you lose your sleep you lose your sanity, everyone knows that.  There are so many irregularities, it makes you short tempered, you are going to get tired all the time, you’re going to feel symptoms of anxiety, you’ll be constantly worrying. You feel sad, you feel useless, and most mothers will have that feeling where you feel like you’re not doing enough for you baby, you feel like you’re the worst mother ever. It does occur and if you’re constantly thinking that and you are not able to do the daily things that you are supposed to be doing in your life, that’s when it’s like, okay maybe I should look into this.

If you’re not the one going through this, how do you approach them if you know they’re struggling?

For people who are supporting mothers, in terms of friendship, I would suggest you have the conversation of, 'hey, I’ve noticed …' or 'hey, I haven’t seen you in a month or two.' Be compassionate! Don’t criticize her mothering, all mothers hate that. Instead of saying ‘we used to go out all the time …’ maybe say ‘hey why don’t you come over and bring the baby!’ Be compassionate and don’t tell her how to mother. That’s the thing that hits mothers a lot; she’s learning and unless she asks for it, please don’t comment on her weight, how bad she looks, or on the way you mothered. Let her figure it out. A lot moms make it look effortless; like they’re on top of it but really you’re all struggling with the same thing. Educate yourself on what postpartum depression is, be a compassionate and supportive friends, take her out, or one day ask if you can babysit her baby.

Question/Answer Period of the Live

I have 3 kids, and like you Nour, I never had postpartum depression, but with my last one I had depression during my pregnancy. Is that something that happens to women? To feel depressed while they’re pregnant.

Yes of course, that’s very common as well because there are so many changes that your body goes through physically. It’s similar to postpartum depression, but if you’re prone to depressions and if there are things happening in the house/with family, it’s definitely common because there are also physiological changes that are happening. Your hormones are going up and down, all these chemical imbalances for sure.

What advice would you give to a new mom that is struggling to tell her spouse and family that she needs help but they don’t understand why she would need it?

I feel like a lot of generations, our parents, our in laws, kind of dismiss the idea of postpartum depression because they’re like ‘well I gave birth to five kids.’ That’s not fair, because during that time it was different, there was a lot of family support, you had someone taking care of your baby, and you’re in a different context. It’s unfair, because at that time they also probably wanted someone to be compassionate with them and their five kids. Here, us girls in the west, when we become mothers we are living in nuclear families and it could become very difficult to cope with a baby; you’re bringing it up on your own really. It’s necessary that you have an open conversation with your spouse first; talk about how postpartum depression is real, talk about the ways that you’re struggling. Sometimes if it doesn’t come from you, get someone else to do it, get your doctor do it. Take him to the doctor and tell him you’re struggling. What I say is that when you’re around new mothers, and supporting them is that 1. Your child’s development in those first two years is crucial. Guess who’s taking care of them? The mother. So, if her emotional and physical needs are not being met, you’re actually hindering the process of your child’s development. If not for her, then think about your child.

One thing I would advise a new mother is, let go of control. I know sometimes what happens is you become too overprotective of the child, and you always want them by your side. You don’t trust other people taking care of them; it’s okay to let go of your child at times. Let someone, your mom, sister, husband, or friend take care of them for an hour or two hours; whatever you’re comfortable with.  You’re going to feel frustrated when you’re the only caretaker; you’re going to get burned out so allow people to help you.

What if you feel like you don’t want to burden others?

How can a mother deal with feeling like she’s not good enough?

The most extreme forms of postpartum depression are thoughts from mothers of hurting their baby, and that could lead to an extreme amount of guilt. But, in terms of feeling like you’re not a good mom, what I would say to that is a lot of mother’s feel that way and you’re not alone in feeling like that. Everybody is trying his or her best; you’re with the baby all the time. You are the main caretaker for your baby, so to have that guilt is not healthy for you or your baby. You are taking care of your child. It’s very difficult but try to have a positive attitude before and after your pregnancy.  It’s not healthy to have this guilt, and it’s not easy to get over it but constantly tell yourself, that you are a good mother. Do not compare yourself to other mothers because everyone is fighting that battle of motherhood, and the worst thing you can do is compare.

What is the role of the father in the first 6 months of the baby’s life?

Well, a husband and a father play an equal role in bringing up the child. If the father is not involved in the upbringing of the child, there’s a huge void that the child will feel.  Like I said, you have to meet the mother’s emotional and physical needs, and the support that you can get from your husband is huge! If you can get that emotional support from only even your husband and no one else, you will be golden. If you don’t have a supportive spouse, life can be hell. I urge spouses to be more compassionate, it’s very simple stuff, and you don’t have to take care of the baby all the time, just show her that you understand.

Let us know what you thought of this #LiveWithNourka Episode! These things happen and they're real. We need to address them to open up a greater discussion! Join us!